"Told you so: Red-light plan did not work" 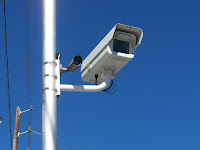 Comment: Told you so: Red-light plan did not work
Steve Walker
Special to the Express-News

Now that Gov. Rick Perry has signed into law Senate Bill 1119 capping red-light camera fines at $75, as a former Balcones Heights councilman, I feel vindicated for voting against the installation.

In September, the Balcones Heights City Council voted to allow American Traffic Solutions, or ATS, to install the controversial red-light cameras and assess a $148 fine on those who ran the red lights at four intersections in our city.

The vendor, headquartered in Scottsdale, Ariz., conducted a survey on the average number of violators per day to see if it were profitable to install the cameras. Its take on a $148 ticket is $40, since they own the cameras.

They informed us they would issue the citations and collect the fines, no muss no fuss. When they received the fines, we would receive our cut.

ATS also informed the council we were only responsible for designating a certified peace officer to serve as a hearing officer to view the violations online and make the final decision as to who received tickets in the mail. Our assistant police chief is the hearing officer.

During our discussions, I questioned the validity of ATS forcing violators to pay the fines since the citations were civil tickets and not criminal. I also questioned ticketing the owner of the vehicle, who was not necessarily the violator.

By law, in a criminal offense, a police officer issues a ticket. The consequences for a violator may be a suspension of license, an increase in insurance premiums, requirement to take defensive driving classes or a possible warrant and arrest. None of that applies to the civil ticket.

The vendor pointed out that if violators failed to pay the fine, it would report them to the credit bureaus. Senate Bill 1119 prohibits that.

Sold to the Balcones Heights council as a safety issue rather than a revenue-generating opportunity, the Senate bill spells out that all revenue the city collects must be split 50-50 with the state and the city's portion must be designated for child-safety programs. The city can only keep enough of the revenue to run the program. The state mandates the city continually collect data to prove safety is the reason for the installation.

Since the city signed a five-year contract with ATS to pay it $40 per paid fine and the city's new take is $37.50, it has a problem and most likely will have to renegotiate with ATS. Breach of contract could cost the city severe penalties, more than any anticipated revenue gains from the installation.

During the first two months of the program, ATS issued more than 1,800 citations. During my last meeting on the council, I asked the police chief how many of those violators paid the fine. He was unable to give those figures. That leads me to conclude that not many violators are paying the fines.

With no mechanism to force red-light runners to pay the fines, the program is obviously not working. One positive is that many drivers are slowing down and stopping at the intersections. I don't see San Antonio or any other city jumping to embrace the red-light camera program.

My mother drilled it into me when I was young that when something looks too good to be true, it usually is. That is still good advice after all these years, and I have always tried to take it to heart. When I didn't listen to my mother, I paid the consequences. Too bad my mother wasn't alive to share that wisdom with the Balcones Heights City Council when we voted on this program.

She also would have gently scolded them with those words we all hate to hear: "I told you so."