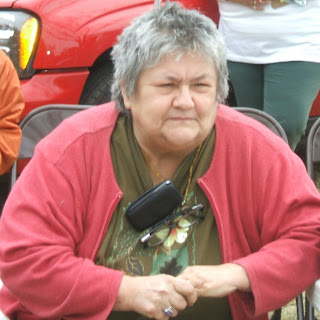 Madeleine Dewar (photo)
Bexar County Democratic Party Executive Director and State Democratic Executive Committeewoman SD 26 Issues Statement about the Republicrat
I have held back on taking you up on your offer to post a response to the Republicrat when he writes something in error, but personal attacks as well as egregious errors have me at my limit. It has become very clear who the Republicrat is at this point. He has gotten ALL the details because he is the one fomenting the feeble attempt at dissention.
There is no turmoil in the party. I just returned from a CEC meeting and the business of the party progressed well. Everyone (the party faithful) is heartened by the progress that has been made in organizing the Bexar County Democratic Party and they are publicly saying so. Sure there may be a couple of people who have only heard one side of the issue, but they will come around when they hear the actual story from those who have been in the party for many years and know all the players.
Carla is not a dictator, has no serious character flaws, low self esteem nor a low IQ. The latter of those attacks are personal and would not come from anyone who was really a true Democrat. As a party we have been in terrible shape for six years or more. Through the work of some members who fought in the legal system to force the previous chair to actually follow the rules and Texas Law and Carla’s hard work at gathering people to work with her we have a balance in the bank, an office and the respect of our elected officials. For the first time in years there was a coordinated campaign. It certainly wasn’t the best that could be, but given the resources available we managed a great deal. On the 14th we meet to go over what worked and what didn’t and start planning for 2008.
No “dictator” would be asking for everyone to become active in all the various committees that are growing this party and working toward these committees becoming totally self sustaining. She has set some rules about backups for everything including who maintains passwords, has keys and runs anything. That is prudent leadership, not dictatorial. Some people don’t want to share responsibility though. They want all the power to themselves. If someone thwarts that, they stomp their feet and resort to personal attacks.
I suppose I am one of “the wrong people” and a “shady character” because I am now working directly with her as the Executive Director in the office. The only one who has a serious problem is the one attacking and saying so. We are doing just fine.
Finally, I just wanted to mention that one of the things I noticed tonight is the rare diversity of our precinct chairs. They are a true reflection of Democrats and San Antonio. They are young, middle-aged and old. We include well off and poor as well as Hispanic, African American and Anglos. Some dress to the nines and others always wear blue jeans. We are retired, doctors, construction workers, teachers, unemployed, self employed, large corporation employed and small business employed. We share and we learn from each other. We are great and we are small. We make mistakes, but hopefully we learn from those mistakes and we don’t put people down for making those mistakes.
I am a Democrat and I’m a Liberal and I willingly shout that from the rooftops.
Peace, Love and Serenity,
Madeleine Dewar

Posted (and reprinted here) in the Dec.11th issue of the South Texas Republican Newsletter edited by Joe Solis