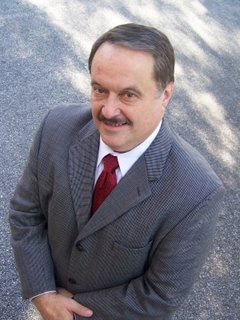 About 40 families down on their luck this holiday season were able to take solace Wednesday morning in the fact that at least their possessions won't be carried out to the curb on Christmas or New Year's Day.

The West Side residents, all facing eviction, showed up in Judge Steve Walker's courtroom to discover what has been a quiet tradition among justices of the peace for decades. The concept: While eviction hearings must go on, sending constables out to help execute such unpleasant endeavors can wait, at least for a week or so.

“All we gave them was a reprieve,” Walker said, explaining that everyone who showed up for court Wednesday at the Precinct 2, Place 1 justice of the peace office actually was found to be in violation of their contract.

If they don't vacate on their own or work out a deal with their landlords, Walker and fellow Precinct 2 Justice of the Peace Bill Donovan still will sign orders carrying out the evictions after the first of the year.

“The law is pretty hard. If you don't pay, you don't stay,” Walker said. “But at least we can ease up a little bit. This is the time of the year to show a little compassion.”

Precinct 2 encompasses about 250,000 Bexar County residents, including those in Helotes, Olmos Park and Leon Valley. It has the county's busiest eviction docket, Walker said.

Evictions have increased over the past year as the economy tanked, the judges said. Holiday reprieves have been an unofficial and unpublicized policy since at least 1985, when Donovan took office. He can only recall one incident since then in which a landlord was upset that the process was being delayed.

“She wanted the kids opening presents, and the tree and the possessions out on the sidewalk,” he said with a slight chuckle. “Most (landlords) understand.”

The eviction reprieve is prevalent throughout Texas, longtime landlord-tenant attorney Robert Ray said. Logistically, he said, carrying out evictions at this time would be a tough sell, even if judges were on board, because constables usually take time off for the holidays.

In the end, Ray said, he hopes most of those scheduled to be evicted use the extra time to find alternative lodging and move out voluntarily. “Nobody likes to evict anybody at any time,” he said. “It's a tough deal. Landlords aren't scrooges. But they need to pay their own bills.”