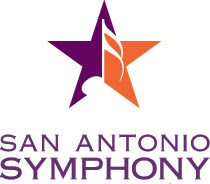 San Antonio (August 31st) - The San Antonio Symphony and the orchestra musicians - the San Antonio Symphony Players Association - concluded a new collective bargaining agreement today.
San Antonio Symphony chairman Ken Oleson and Brian Petkovich, chairman of the San Antonio Symphony Players Association, jointly announced the new agreement.
The new agreement runs for four years, beginning September 1, 2007, and will increase musician compensation by an average of 4.6 percent each year over that period. The symphony's performance season will be extended to 27 weeks for 2007-08 and will increase one week per season, to a total of 30 weeks, by the end of the agreement.
In addition, under the terms of a new electronic media agreement, which is part of the overall contract, any Symphony concert can be broadcast on local radio up to four times, and any four Symphony concerts can be telecast on local television up to four times each.
"In partnership with the musicians," Oleson said, "the Symphony can be assured of moving forward with a financially sound and viable future. That has been the spirit of the negotiations, and that overriding viewpoint has enabled us to get the agreement done."
"The Orchestra Committee, which led the negotiations for the Symphony Players Association, will unanimously recommend ratification of the agreement to our members," Petkovich said. "I would like to thank Ken Oleson for his steadfast commitment to the symphony over his nine years on the board, and especially throughout his tenure as chairman."
"We're looking forward to getting on stage and starting the new season on schedule," he said. "What was going to be a good year is now going to be a great year."
Oleson noted, "The symphony will finish the current fiscal year, which ends today, in the black financially - the third year in a row. All ticket sales and donations for the 2007-08 season were set aside in an escrow account so that we will begin the new season with money in the bank, something that very few symphony orchestras across the country can say."
"The new electronic media agreement," Petkovich said, "will make the orchestra more accessible to the community. The ability for multiple radio and television broadcasts of concerts can introduce the Symphony to a much wider audience and help us build a new group of future ticket-buyers and patrons."
The first Pops concert of the new season - "Bernstein on Broadway" - will be held Sept. 14-15 at 8:00 p.m. in the Majestic Theatre. Renowned violinist Itzhak Perlman will join the Symphony for a special performance Sept. 16, at 7 p.m. in the Majestic Theatre.
The first classical concerts for 2007-08 will be held Sept. 28-29, featuring violinist Midori.
Media Contact:
Lisa Cruz
Email: lcruz@dublinandassociates.com
Phone: 210.227.0221 x244 cell: 210.724-1691