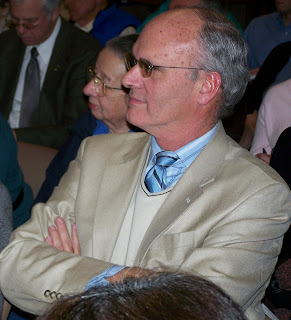 Officials worried about measures making their way through the Lege.
By Jim Forsyth (photo)
WOAI 1200
While Balcones Heights is making a quick grab for the cash, Alamo Heights says it will move slowly when it comes to putting up red light cameras to squeeze money out of people who run red lights, 1200 WOAI's Bud Little reports today.
Police Chief Rick Pruitt says right now the situation is too fluid, with many measures in the Legislature that would crack down on red light cameras.
"There are just so many bills out there, and there is really no direction to these things, other than revenue sharing to the state," Pruitt told 1200 WOAI news. "We may not even be able recover the costs we need to implement this program."
The City of Beauty and Charm authorized a pilot program to test red light cameras on Broadway near Alamo Height High School last year, but so far no cameras have been installed. By contrast, Balcones Heights rushed a red light camera program into place and it's four cameras started mailing phony tickets to people photographed running red lights last Sunday.
As 1200 WOAI news has repeatedly reported, there is no legal requirement that people pay red light tickets they receive in the mail. In Houston, which has had a red light camera program in place since November, no more than a quarter of the people who have been mailed the tickets have paid them.
"Until we find out what the Legislature is going to do and how the revenue will be shared and whether we can recover our costs, we're not going to look at it," Pruitt said.
Measures moving through the Legislature would both outlaw red light cameras and would require that cities send all of the revenue received from the cameras to the state. Pruitt says Alamo Heights will take another look at red light cameras this summer, after the Legislature has adjourned.