Some unknown facts about Presidents of the United States 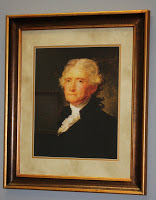 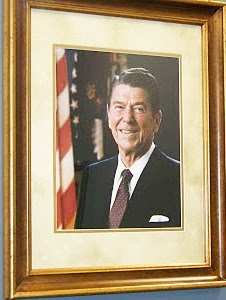 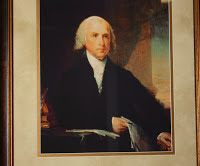 George Washington might have had a set of false teeth — but he made sure each of his six horses had their teeth brushed every day!

Only five United States presidents had facial hair when they took office, the latest one being Benjamin Harrison in 1889.

James Buchanan’s niece, Harriet Lane, was the White House hostess for the only president to remain a bachelor.

William Henry Harrison was the only president who studied to become a doctor.

Grover Cleveland was the only president married in a ceremony at the White House, June 2, 1886.

James A. Garfield was the second president to die by assassination. Two months after being sworn into office, Garfield was shot in a Washington railroad station. Doctors repeatedly probed for the bullet with non-sterile instruments and unwashed fingers, the president died 80 days later.

Zachary Taylor did not vote until the age of 62. Until that time, he had not established an official place of residence because he had moved many times as a soldier.

While governor of Massachusetts, Calvin Coolidge was once punched in the eye by the mayor of Boston.

Chester A. Arthur was diagnosed with Bright’s disease, a fatal kidney disease; a year after he succeeded to the presidency. Arthur ran for a second term in 1884 in order not to appear that he feared defeat, though he knew the more active he was the greater his chance was of succumbing to the disease. He did not gain his party’s nomination and died in 1886.

Richard Nixon talked to astronauts on the moon from the White House by radio-telephone on July 21, 1969.

Gerald Ford became vice president and president without being elected to either office.

James Madison was the first president to wear trousers rather than knee breeches.

Warren Harding was the first newspaper publisher to be elected into the presidency.

George Washington never lived in the White House. The nation’s capital was located in Philadelphia, as well as several other cities, prior to its move to Washington, D.C.

Dwight D. Eisenhower was the first president licensed to fly an airplane.

James Polk’s wife, Sarah, worked as the president’s secretary without taking a salary, and forbade dancing and card playing the White House.

In high school, Bill Clinton played saxophone in a jazz trio, who wore dark glasses on stage and called themselves “Three Blind Mice”.

Grover Cleveland vetoed 414 bills in his first term, more that double the 204 vetoes cast by all previous presidents.

John Tyler was the president with the most children—he had 15.

John Quincy Adams was the first president to be photographed.

Grover Cleveland was the first president to have a child born in the White House; his daughter Esther in 1895.

William McKinley was the first president to ride in an automobile.


Thomas Jefferson was the author of the Declaration of Independence.

George H.W. Bush received his military commission in 1943, he became, at age 19, the youngest pilot in the Navy. He served in the World War II Pacific Theater.

John Quincy Adams regularly swam nude in the Potomac River. The first American professional journalist, Anne Royall, knew of Adams’ 5:00 a.m. swims. After being refused interviews with Adams many times, she went to the river, gathered his clothes and sat on them until she had her interview.

Before this, no female had interviewed a president.
The third president to die from an assassin’s wound, William McKinley was shot during the Pan American Exposition in Buffalo, New York and died of his wounds about a week later.

Theodore Roosevelt had a photographic memory. He could read a page in the time it took anyone else to read a sentence.

A skilled chef, Dwight D. Eisenhower was famous for his vegetable soup, steaks, and cornmeal pancakes.

Woodrow Wilson was the first president to have earned a Ph.D. He received a degree in political science in 1886.

A man-about-town, Chester A. Arthur entertained lavishly and often, and enjoyed going to nightclubs.

Upon the election of his successor Abraham Lincoln, James Buchanan sent him a note saying, “My dear sir, if you are as happy on entering the White House as I on leaving, you are a happy man indeed.”

John F. Kennedy was the first president to have served in the U.S. Navy.

Benjamin Harrison was the first president to use electricity in the White House. After he got an electrical shock, his family often refused to touch the light switches and sometimes would go to bed with the lights on.

Gerald Ford was the only president whose two assassination attempts against him were made by women.

The name “Teddy” bears for stuffed animals was coined in 1903 when a stuffed toy bear was given to the noted outdoorsman Theodore Roosevelt.

John F. Kennedy’s father gave him $1,000,000 when he turned twenty-one. (Each of his nine brothers and sisters got a million dollars too!)

Dwight D. Eisenhower was the only president to serve in both World War I & World War II.