"Just a Thought" in La Prensa Texas on Immigraton-12-16 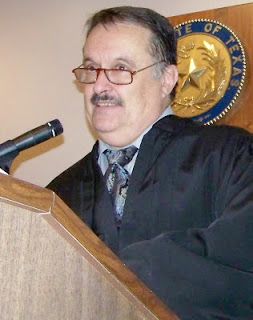 By Steve Walker
(Steve Walker is a Viet Nam Veteran, former Journalist and Justice of the Peace.)
November 29th in 2014 I wrote “Just a Thought” about then President Obama making good on his promise to issue an executive order on immigration during a televised press conference from the White House.
Many on both sides of the issue still react to his words to this day in the Hispanic community that felt relief while many others not so much. Dreamers were excited then but not now with the current President continually insulting and demeaning refugees at every turn.
In that article I was referencing the 800 thousand Dreamers in limbo. The statistics show that 95 percent of those Dreamers are gainfully employed, own their own homes and vehicles, and pay taxes. Many are nurses, doctors, teachers, members of the military and independent business owners. Nothing has changed on those statistics.
Many others believed at that time as well as now that President Obama was well within his right to do so as previous Presidents Ronald Reagan and George Walker Bush. Both Reagan and Bush issued executive orders limiting immigrant deportation as well, setting the precedent.
He pointed out that he was attempting to correct policies that he believed unjustly punished parents of children who were born in this country, although the parents were not naturalized citizens. The terms “illegal” or “undocumented” come to mind depending on each individuals take on the subject. Since then we have seen parents separated from their children and coverage of young children incarcerated in cages! Despicable to say the least!
An excerpt from his speech back then is as follows:
“My fellow Americans, tonight, I’d like to talk with you about immigration.For more than 200 years, our tradition of welcoming immigrants from around the world has given us a tremendous advantage over other nations. It’s kept us youthful, dynamic, and entrepreneurial. It has shaped our character as a people with limitless possibilities – people not trapped by our past, but able to remake ourselves as we choose.”
He continued, “But today, our immigration system is broken, and everybody knows it.” He pointed out that some play by the rules and others don’t. He talked about exploitation by some businesses, and how many immigrants are forced to remain in the shadows at risk of their families being torn apart. He added, “It’s been this way for decades. And for decades, we haven’t done much about it.” Sound familiar?
He reminded the country in his address that when he took office he was committed to fixing the problem. He noted that America has more agents and technology deployed to secure the southern border than at any time in our history.
He also pointed out that during his term, illegal border crossings were cut by more than half and the number of unaccompanied children were lower than it’s been in the previous two years. He emphasized the number of people trying to cross the border illegally was at its lowest level since the 1970s. The current President takes credit for the decrease of immigrants coming with threats to build a wall at great expense to the taxpayer.
President Obama also in his speech addressed his attempt to work with Congress to come to a common sense compromise. Obviously to date that has not happened under this administration.
President Obama laid out his plan of adding additional resources for law enforcement to stem the tide of illegal crossings. He also explained his effort to make it easier and faster for high-skilled immigrants, graduates, and entrepreneurs to stay and contribute to our economy, which is born out in the numbers. Dreamers are making that a reality of immigrants who already live in our country.
He challenged the Congress to do their job and pass an acceptable immigration bill in his parting words. He also said, “Scripture tells us that we shall not oppress a stranger, for we know the heart of a stranger – we were strangers once, too.” He closed by saying, “Thank you, God bless you, and God bless this country we love.”
Now in 2019 under President Trump, we now await the fate of the Dreamers and others who have fled intolerable circumstances for a better life to contribute much to America.
As Always, I write just a thought