Walker Report posts for the 2,900th time since inception 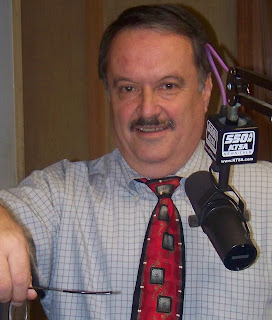 Well, Ladies and Gentlemen, we have arrvied at 2,900 postings since our inception back on June 16th, 2006. Obviously we should celebrate at the 3,000 mark. In baseball the 3-thousand mark is considered Hall of Fame. We also just passed 168-thousand views today. Hopefully our 3-thousandth posting will coincide with our 200-thousand views. It could happen.
Think about the famous and near famous celebrities we have covered since our debut in 2006. Let's see, we photographed all the Spurs during their victory celebration, Placido Domingo the opera singer along with actor Jesse Borrego, actress America Ferrera, Dancing with the Stars Mario Lopez, Singer Vikki Carr more than once, the former President of Mexico, Vicente Fox, six presidential candidates, (including the three still in the race) former President Bill Clinton and former President Ronald Reagan's son, Michael, numerous Senators and Congress Members, Governors, nearly every elected official in San Antonio and then some.
And lastly all the regular folk from both sides of the political spectrum, religious background, socio-economic background and ethnicity. Did we miss anyone? I certainly hope not. if we did, let us know and we will include them too. On to 3-thousand postings and 200-thousand hits on the blog.
Steve Walker
Walker Report Publisher