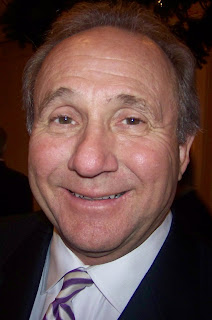 In 1976 the Ford vs. Reagan campaign for the Republican presidential nomination got so heated it looked as if my father and Jerry Ford would never again talk to one another. When it was over and Ford had won, what did Ronald Reagan do? He simply went all-out to help Ford win his re-election, as did I and as did my sister Maureen.
My dad simply followed his rule of backing the Republican candidate no matter who he was. Assuming that John McCain will be the Republican nominee, you can bet my father would be itching to get out on the campaign trail working to elect him even if he disagreed with him on a number of issues.
Unlike my father, a lot of conservatives stayed home in 1976, and we got four years of Jimmy Carter, whose main legacy was to drive the Shah of Iran from power and create the Islamic Republic of Iran with a bunch of wild-eyed mullahs running the show. He also gave us 20 percent inflation and long, long lines at the gas pumps.
And don't forget 440 days of Americans held hostage by the mullahs. By staying home those conservatives made possible the future election of Iranian President Mahmoud Ahmadinejad. We are still suffering from the legacy of James Earl Carter, thanks to the conservatives who refused to follow Ronald Reagan's example and instead sulked at home.
We were still in the middle of the Cold War in those days. Four years later Ronald Reagan took over, the hostages were immediately released, and he went on to win the Cold War.
Now we have another world-wide war going on with a hidden enemy sworn to kill us all, and the policy of the Democrats running for the presidency is to throw up their hands and withdraw from the battlefield, leaving it to the enemy -- and our fate in the hands of Osama bin Laden.
Is that what the let's-stay-home-on-election-day conservatives want? Do they want the most liberal member of the U.S. Senate, Barack Obama, as their president?
Do they want Hillary Clinton, the former first lady, back in the White House as they sit out the election and stay home on Election Day. That's called biting off your nose to spite your face.
Or even more to the point, political suicide. Let me say this. There has been plenty of battling in the primaries, and I've been in the middle of the battle, but until now haven't committed myself to any candidate, waiting until we had a nominee. That's over.
If John McCain is the nominee of the party, this Reagan will happily campaign with him. The alternative is unthinkable to anyone who loves this nation.
Michael Reagan, the eldest son of Ronald Reagan, is heard daily by over 5 million listeners via his nationally syndicated talk radio program, “The Michael Reagan Show.” (excepts from the Texas Insider.org)