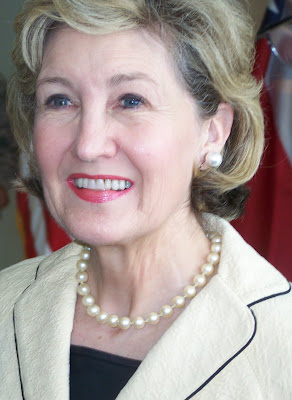 Senator Kay Bailey Hutchison
San Antonio and area high school students interested in attending a military service academy are invited to an "Academy Day" event. Congressman Lamar Smith is co-sponsoring the event with Congressmen Henry Cuellar, Charles A. Gonzalez, Ciro Rodriguez, Senator Kay Bailey Hutchison and Senator John Cornyn.
The "Academy Day" program will feature information about the nomination process involved in securing appointments to the academies. Midshipmen and cadets from the U.S. Naval Academy, Military Academy, Air Force Academy, Coast Guard Academy and Merchant Marine Academy will be on hand to meet with prospective students and their families.
In addition, Academy Liaison Officers will be available. Congressional staff members will be at the "Academy Day" event to assist prospective applicants. Students should start applying in the spring of their junior year of high school to the United States Representative in whose district they reside and to both U.S. Senators from Texas.
Academy Day, Sunday, March 2nd from 2-4 p.m. @ USAA Auditorium, 9800 Fredericksburg Road, (gated entrance) **Student IDs or drivers licenses are required to enter the USAA campus** Contact: Anne Overby, U.S. Rep. Lamar Smith (830-896-0154)