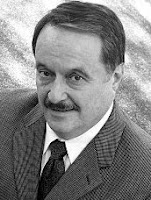 Ask the Judge: Qualifications to be Justice of the Peace
By Judge Steve Walker

Two weeks ago we covered the history of the Justice of the Peace from its inception in England in 1195 to today in Texas where each county in the State of Texas is required (by the State Constitution-1836) to have between one and eight Justices of the Peace--depending on population.
Also, and again, dependent upon population, each Texas precinct is required to have either one or two Justice of the Peace Courts. We pointed out that Texas currently has approximately 828 such courts.

Under Section 12 of the 1836 Texas Constitution: “There shall be appointed, for each county, a convenient number of Justices of the Peace….to be elected by the qualified voters of the district or county, as Congress may direct.”

Unlike most judges, Justices of the Peace are not required to be attorneys under the Texas Constitution of 1836. We are considered the “People’s Court,” where everyone can sue or defend themselves. While people can represent themselves in higher courts it is extremely difficult and ill-advised to do so.

Justices of the Peace are required by law to complete a forty hour course covering the proper execution of that office’s duties the first time they serve. After that they must complete 20 hours of relevant coursework per year.

Of the 828 current Texas JPs, over 750 JPs are not lawyers to include two in Bexar County. Most JPs with law degrees tend to serve in the metropolitan cities, El Paso, Dallas, Ft. Worth, Houston, Austin and historically to some extent, San Antonio.

Currently in Bexar County only two JPs are not attorneys to include Pct. 1 Justice of the Peace Edmundo Zaragoza who served as a teacher and school board member in the Harlandale ISD, and me, a retired teacher from the Harlandale ISD also. Judge Zaragoza has successfully served for the past twenty years while I am in my first term. Ironically I taught his daughter as a Speech teacher her senior year at McCollum High School nearly 15 years ago.

Finally, to run for Justice of the Peace, one has to be 18 years old, live in Texas one year, and six months in the area in which they are running.

Lastly as always, if you are due in court, be sure to show up to court on time. It is in everyone’s best interest.”

Justice of the Peace, Precinct 2 Steve Walker is a Vietnam Veteran and former Journalist.