TURF comments on the passing of TxDot Chair Williamson 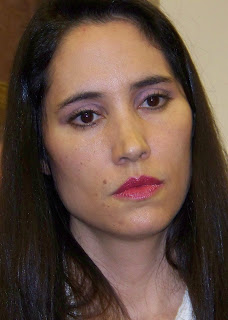 Terri Hall (photo)
TURF Exec. Director
Transportation Commission Chairman WIlliamson dies at age 55, but will the Commission change course?
Transportation Commission Chairman Ric Williamson will be remembered as the most stalwart Texas advocate of privatizing our public freeway system. What some called innovative and visionary, many called double taxation and highway robbery. Certainly, no one would have wished this would be the way Williamson would end his time on the Commission. Our hearts go out to his family.
Williamson was a lightning rod of controversy and known for his abrasive style and unretractable support for what's known as public private partnerships (or PPPs). He relentlessly pushed the wholesale shift from gas tax funded freeways to a network of privatized tollways in the hands of foreign companies and unaccountable bureaucrats.
What is the first public response of the commissioners? "All four of us are committed to this approach (private toll roads), and we understand the issues," Mr. Houghton said. "The issues are this: We are out of money."
Nothing's changed. Their first response is to re-assure the private toll road industry Texas is still for sale. It's clear the current crop of transportation commissioners is committed to selling out the Texas taxpayers by hawking-up our Public Freeways to the highest bidder on Wall Street.
This is the legacy Ric Williamson and Rick Perry will leave..pushing an agenda the Texas taxpayers have repeatedly rejected and representing private interests over the public good. The Texas Transportation Institute study showed merely indexing the gas tax to inflation would meet our future transportation needs, de-bunking Commissioner Ned Holmes' claims of an unacceptably high gas tax increase as stated in a Dallas Morning News article January 1. It's time for all of these bureaucrats to go.
Replace the transportation commissioners, who are joined at the hip with the road lobby, with a single Elected commissioner! The sooner the better!