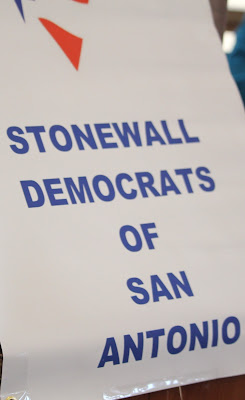 The Stonewall Democrats of San Antonio spent a good part of Sunday, January 24 listening to over 50 candidates ask for the group’s endorsement for the March 1 Democratic primary.

Over 80 candidates were invited to participate. In the end, a little over 50 completed questionnaires and spoke at the forum.

There were about 40 Stonewall members present at the closed-door endorsement portion of the meeting.

In the race for State Senator District 26, Stonewall endorsed incumbent Jose Menendez who is being challenged by former State Rep. Trey Martinez Fisher.