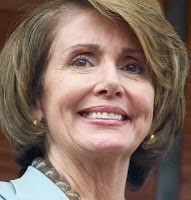 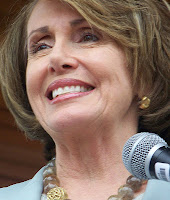 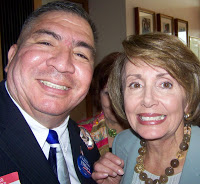 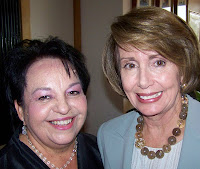 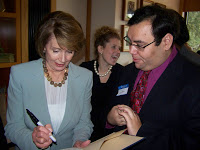 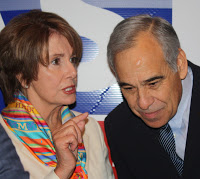 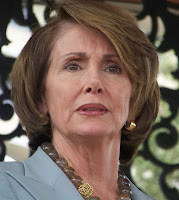 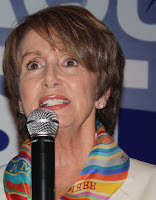 House Speaker Nancy Pelosi was named the recipient of this year's Profile in Courage Award by the John F. Kennedy Library Foundation. The award, which has been called the Nobel Prize for public figures, is given for an act, or a lifetime, of political courage.


In a statement, Caroline Kennedy called Pelosi "the most important woman in American political history."

The first female to be elected Speaker, and the first person elected Speaker in non-consecutive terms in over 60 years, Pelosi has served in the House of Representatives since 1987. The California Democrat worked with a Republican president to pass an economic bailout package in 2008, and with a Democratic president to pass landmark healthcare reform in 2010, despite strong opposition in both cases.

"So, the courage that that takes, really, I think, makes her an example and an inspiration for generations of Americans, men and women," Kennedy said.


"Coming from Caroline, that's an enormous compliment," Pelosi told "Sunday Morning" correspondent Martha Teichner. "However, going with it are shoulders for other people to stand on. I've stood on many women's shoulders, who have paved the way for us. And now we have to pave the way for others. So, it's about the future."