In the history of 9-11. many notable events happened as well 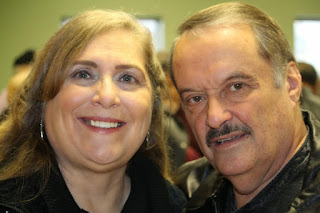 1. 1609: In an attempt to find a northeast passage to the Spice Islands, explorer Henry Hudson first sailed into the upper bay and observed an island which would be later be known as Manhattan in 1609. Hudson would have seen trees and lush greens, while sailing into a river that would one day be named for him. With the European discovery of Manhattan, the groundbreaking of the Pentagon.

2. 1941: September 11th, 1941, was an important day in American history, because it offered two very different visions of what America would become, not only in the immediate, but also the far-flung future.  In Arlington, Virginia, the groundbreaking ceremony was held for the building that would become known as the Pentagon.  However, on the exact same day in Des Moines, Iowa, heroic aviator Charles Lindbergh delivered a speech arguing against involvement in WWII.

3. 1982: June 6th, 1982, Israeli forces invaded Lebanon in an attempt to retaliate against the Palestinian Liberation Organization.  Palestinian refugees stayed in camps, which were seen as safe havens.  In order to protect the refugees, a multinational force was dispatched in 1982.  The multi-nation force left on September 11th, 1982.

4, 1972: September 11th, 1972, in Los Angeles California, Max Fleisher died of heart failure.  Fleisher was an innovative animator, as well as a rival of Walt Disney that Mickey’s father actually feared.  Max Fleisher created the rotoscope (used by Disney as well as others), which allows animators to animate over live action frames.  Fleisher and his studio were famous for birthing such characters as Betty Boop, Popeye The Sailor, as well as the first silver-screen adaptation of Superman.  Much of what we have today as modern animation, is a direct result of what Max Fleisher did.

5. 1985: Between phrases like “lifetime ban” and "gambling,"people tend to forget what made Pete Rose great in the first place.  On September 11th, 1985, after playing in the major leagues for 22 years, Pete Rose hit his 4,192nd base hit, breaking the record by all-time hits leader Ty Cobb.  In the ensuing 27 years, no hitter has even approached 4,000 hits.  In order to accomplish this, Rose averaged over 157 games a season for twenty years.

6. 1862: September 11th, 1862, William Sydney Porter was born in Greensboro, North Carolina.  Porter is better known as famed American short story writer O. Henry.  His stories would celebrate the lives of middle class and lower middle class New Yorkers.  They have become staples for reading in elementary schools, as well as scholarly study in universities.  The stories would often feature life lessons, as well as ironic endings. Two of the most famous O. Henry stories would be The Gift of the Magi and The Randsom of Red Chief.

7. 1961: These days we tend to equate September 11 with a horrific level of destruction.  There are some that made that same correlation, forty years before that fateful day.  Texans, near Galveston and Corpus Christi, still talk about the fear and devastation caused by the landfall of the Category 4 Hurricane Carla.  Half a million Texans fled the storm and 43 people died.  The majority of Carla’s damage, though, was caused by a record number of tornadoes that came after the breakup of the hurricane.  There were nearly 30 reported tornadoes that moved through Texas after Carla was officially done.

8. 1792: In 1792, during the early days of the French revolution, six bandits broke into the store room of King Louis XVI and stole (among other items) the blue diamond that would come to be known as the Hope Diamond. The Hope Diamond was part of Marie Antoinette’s crown jewels.  The Diamond, as well as Antoinette, would come to be seen as cursed.  The curse would ironically extend to the day in which the thieves decided to make the theft…September 11th.

9. 1847: September 11th is a day now steeped in American lore.  When you think of the top ten American songs of the nineteenth century (which may one day appear on this site), you cannot ignore Stephen Foster’s Oh Susanna.  Oh Susanna became a song of hope, as well as the unofficial theme of the California Gold Rush.  Foster’s song was first sung and debuted on September 11th, 1847, at Andrew’s Eagle Ice Cream Saloon in Pittsburgh, Pennsylvania.

10. 1970: September 6th 1970, the world was gripped by the Dawson’s Field Hijackings.  On a single day, five planes were hijacked, and a sixth was successfully defended by passengers and crew.  The planes were kept at Dawson's Field.  Dawson’s Field  is a remote airstrip near Zarka, Jordan.  On September 11th, 1970, all non-Jewish passengers were released by the Popular Front for the Liberation of Palestine.  The empty planes were destroyed on September 12th.  By September 30th, the remaining hostages were released.